This Thursday evening, the new release from Miñoza and Peck will be played in its entirety during the Time Drone show on Stillstream.com. Be sure to tune in! And a very special thanks to Jack Hertz and Stillstream for their support.

The debut album from Dan Miñoza and M. Peck is a masterwork of isolated kinetics, turgid textures and vast dynamics drawing the listener in with stark minimalism and dark ambient atmospheres coupled with sparse sound design. These collected works were inspired by the novelist Charles Bukowski and photographer Sally Mann, from whom both Miñoza and Peck draw much influence.
The album was recorded from August 2011 through December 2011, then later mixed and mastered by Peck at Audio Propulsion Labs in January of 2012. The result is an intimate voyage into the abyss with two of today's most diverse independent ambient musicians. 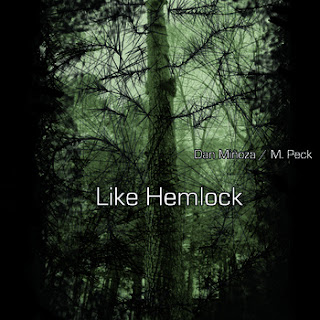